If you have been following the adventures of Team Pelletier Properties, there is one thing you have probably noticed – we love our pets!

We also love YOUR pets, and we seem to have a bit of a knack for adding “dog rescue” to our resume lately

! Back at the end of March, Nick Pelletier and Kelley Lynn as his assistant, spent an entire closing underneath a shed, where our clients dog Duke was trapped! (link to that blog)

One drill, a couple sausage mcmuffins, and a few hours later; closing documents were signed, the dog was safe, and we sent our client and her doggie off to their new home!

This time, it was our own Annie and Dan Reiser’s dog, Jude, that got away, in the midst of an early morning Sunday hike during Memorial Day weekend, up at Wachusett Mountain! This dog got away not once, but TWICE!

Dan and Annie will both tell you that this nugget is afraid of his own shadow, so taking him on a walk with a leash and harness was already new territory for the adorable pooch.

When he got scared of all the people that were headed toward the trail, Annie decided to take him toward the road instead. That’s when a biker passed by, Jude freaked, and slipped out of his harness.

Although Annie tried to remain calm, she knew that Jude would NOT be calm, since he rarely leaves her side. He would be panicked and scared.

But “Hey Jude – don’t be afraid!” You’ve got Dan and Annie for parents! And like The Beatles said in that song with this dog’s name: “Don’t carry the world upon your shoulders.” Just let Annie and Dan do that.

The pair posted on Facebook about the dog getting lost and getting away from his harness. With the help of many friends and colleagues, they had a LOST DOG poster made up, and put up several posts with updates about what was happening throughout the day. Pelletier Properties team members Josh Mello and Nick Pelletier joined in the search, while back at home, the posts about Jude being missing got over 1,200 shares! 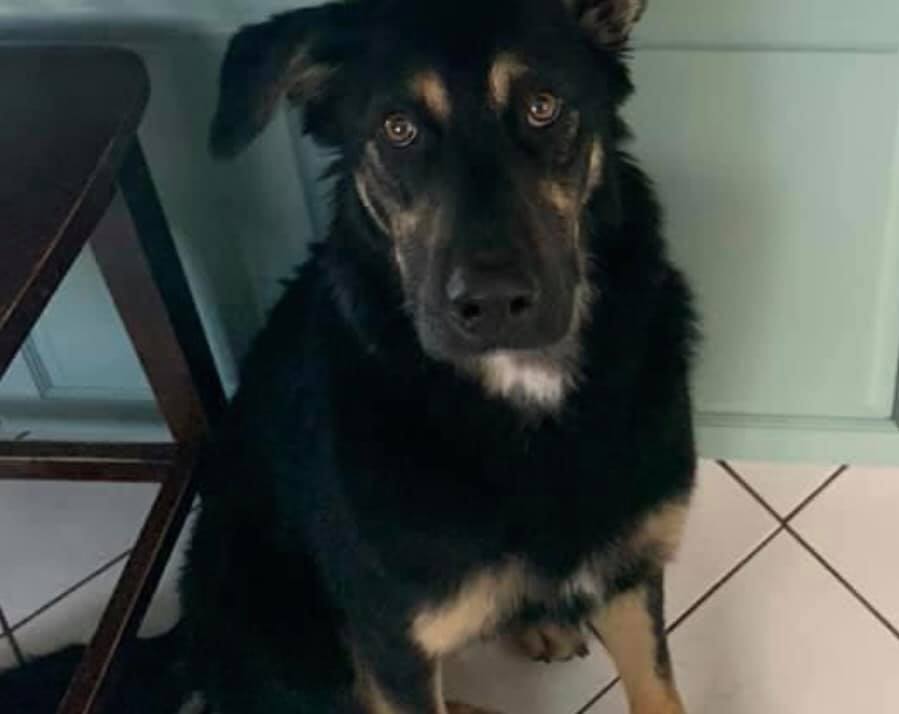 Still, hours went by with no sign of him.  The mountain was getting more and more crowded, so they headed out around 3:30 pm with no Jude to show.

It was at that point, that they got a call from someone who saw the dog by the ledges just after 4:00pm, so they raced back to find their boy.  This time, they came armed with their other dog Lucy, (Hey, isn’t that another Beatles song?) thinking that the site of another furry familiar might help bring him out of hiding.

To make this an even crazier story, Nick went to the store and bought bacon to cook at the top of the mountain, in the hopes of the smell luring Jude out to them. Now, at this point, you might be asking – how does one cook bacon at the top of a mountain? Well, one would bring a  portable grill, of course! 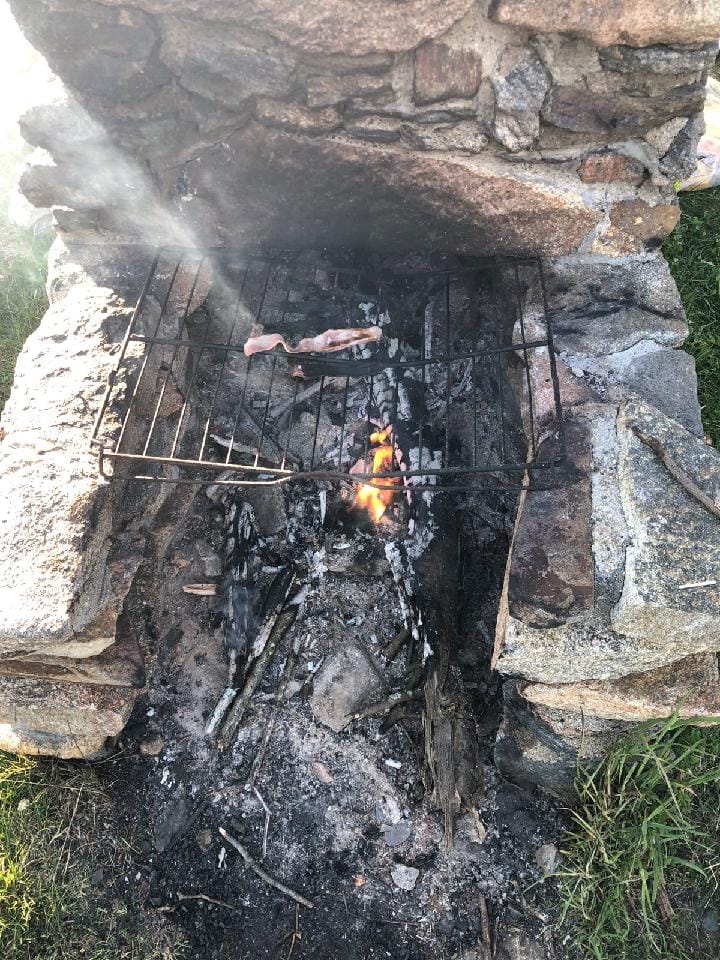 The bacon kept cooking, and more friends showed up to help in the search. Eventually, they found Jude up on a cliff. Apparently he thought he was Wil. E. Coyote. He was too scared to come down, so Dan heroically scaled the cliff, retrieved the dog, got him on the leash…..

Jude slipped out of his leash. AGAIN!

So now, Jude was gone all over again. But this time, it wasn’t too long until Dan followed him, and was able to catch up to him again.

Dan and Jude got lost in the middle of the woods!!! No joke! But at least they were lost together! 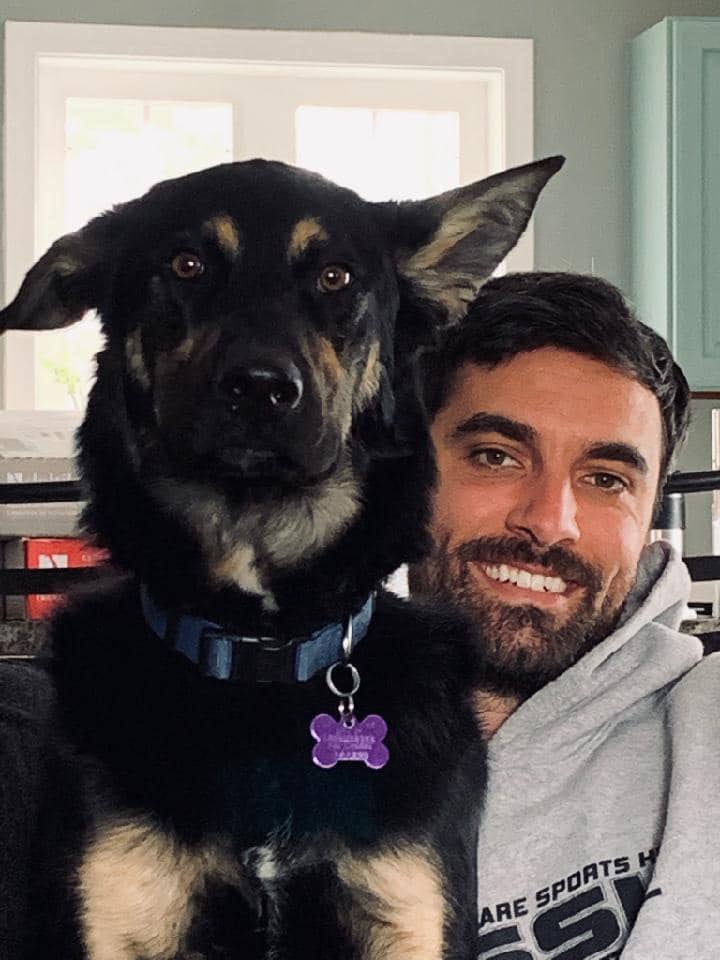 Teammate Josh pulled up some trail maps and was able to guide Dan to a trail.  Meanwhile, Annie and the gang got in  the car and picked them up.  They got in the car at 7:30 PM – and they lost him at 8 AM. (the first time) So in case you’re counting, that is almost twelve hours of searching, finding, searching, and finding.

Dan and Annie were so grateful to have found Jude right before it got dark outside. They would like to thank all the people who dropped what they were doing to help out; including an awesome D.C.R. ranger and volunteer at Missing Dogs Massachusetts, who created the poster for social media.  Jude is one lucky pup to have so many people trying to make sure he went home safe! 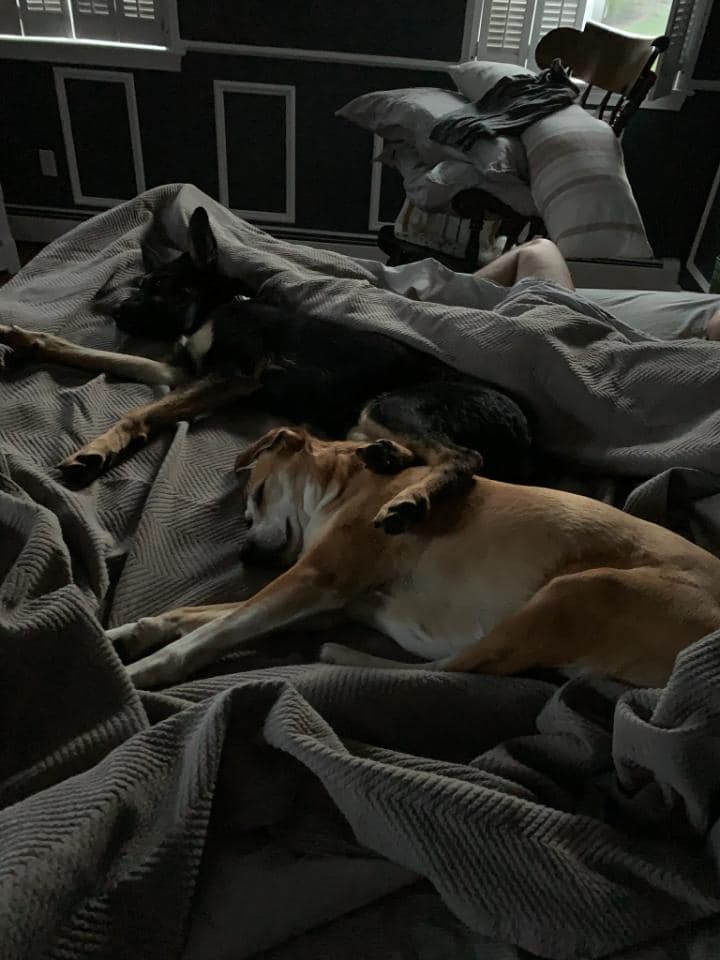 Don’t scare us like that again please, Jude! We realize that this pandemic is getting to all of us, and you were really desperate for an epic adventure, but next time, please take your pet parents with you, okay?

Dan, Annie, Jude, and Lucy are all home now, happy and safe and calm …

until the next hike!

We're always available to help out, get in touch with us any time, or shoot us an email.

Thank you for contacting us, we'll get back to you shortly.

Sorry, we are unable to send your message at the moment. Please try again later.