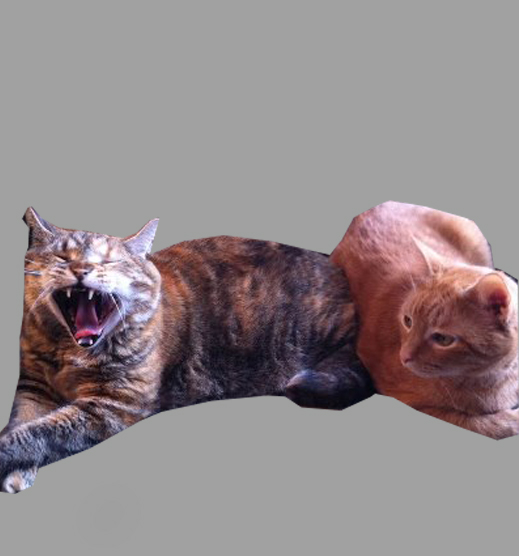 Autumn is a Maine coon mix (we think), and is approximately 14 years old.

Kelley and her late husband Don adopted Autumn and her sister Ginger from a rescue shelter in NJ in 2007. At 3 years old, Ginger died suddenly from a blood clot. Don and Kelley went back to the shelter to let them know of her passing, and this orange tabby cat named "Sean" ran out of his cage and climbed up Don's shoulders like he was a tree. We took it as a sign and adopted him in 2010. He was approximately 10 years old. We renamed him Sammy - because "who names a cat Sean?", and he is now 21 years old, and the sweetest most loving cat in the universe. He and Autumn will be living with Kelley and her husband Nick (their step-Papa), when they move into their new home in Westminster next month.

Kelley's Cats
Autumn and Sammy
’s Past Sales
See All Team Sales
No items found.

Back to Top